Jerusalem as a Capital City 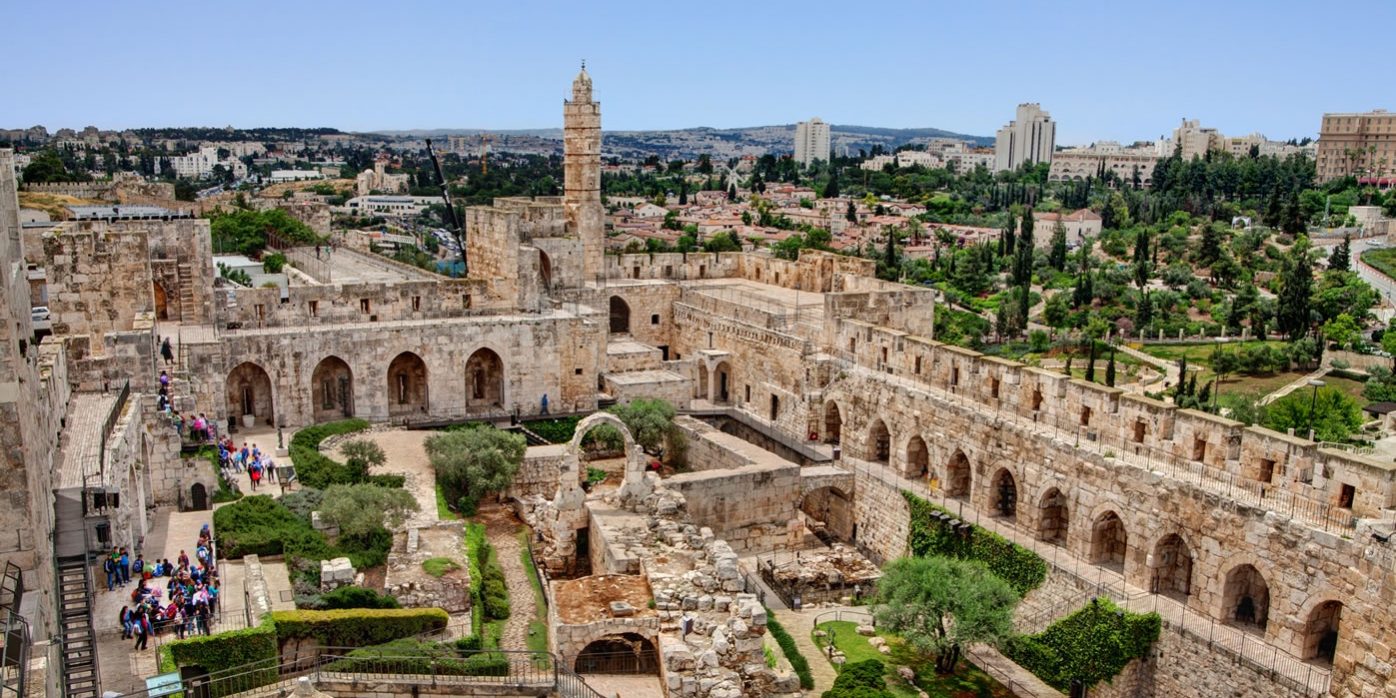 Very recently President Donald Trump announced that The USA will move their Embassy to Jerusalem. Our friend Pastor David Zadok from Gedera Israel was asked by a newspaper to comment. We had a desire to share this with you.

Thank you for inviting me to write about President Trump’s statement recognizing Jerusalem as the capital city of the State of Israel. My perspective is that of a Jewish Christian, and an Israeli ex-major who served for 18 years in the Israel Defense Forces. As a minister of the Gospel, I will try to limit myself as much as possible in the political realm, and emphasize the more biblical and spiritual aspect of the statement and its possible implications.

On December 6, 2017, President Trump delivered a statement recognizing Jerusalem as the capital of Israel, and signed a memorandum to that effect. This declaration by Trump came after promising to do so in his campaign for presidency, like some presidents before him, and after nearly a year of discussions and diplomacy. The media has emphasized it as historic and unprecedented, yet Jerusalem has been the capital since 1948, when the State of Israel was reborn. And Jerusalem has been recognized as our de facto capital not only by other US presidents, but also other world leaders, and even the late President Anwar Sadat of Egypt. Presidents, prime ministers, and world figures on official business in Israel, come to Jerusalem. It is there where they meet the Israeli Prime Minister, the President, and other officials. It is the location of the Knesset—the Israeli parliament. Jerusalem is therefore not merely symbolic but is the functioning capital of Israel already.

Most nations have yet to officially recognize it, yet heads of state have always had to engage with their diplomatic counterparts in the holy city. Importantly, the refusal to recognize Jerusalem’s vital importance as the capital of Israel does not alter present reality or history. It was King David who 3,000 years ago made Jerusalem the capital of the united kingdom of Israel, the very place that God commanded Solomon to build the Temple, and the mount where Abraham was to offer his son Isaac as sacrifice. Since then Jerusalem has remained central for the Jewish people and nation, and the place of worshipping the one true God – the God of Abraham, Isaac, and Jacob. Though Jews were exiled, and the city was conquered and reconquered, burned down, destroyed and rebuilt, time after time, it has always remained the heart of the Jewish people. For centuries and even to this day, during the Passover meal, Jews recite “Next Year in Jerusalem!” In every Jewish wedding under the canopy, just before the end of the ceremony and before breaking the glass by the groom, he recites the passage from Psalm 137:5-6: “If I forget you, O Jerusalem, let my right hand forget its skill! Let my tongue stick to the roof of my mouth, if I do not remember you, if I do not set Jerusalem above my highest joy!” (ESV).

Zion, another name for Jerusalem, is connected spiritually to Israel, not only because of the temple, but also because so many of the events in the Old and New Testament happened there. And of course the prophecies of the Old Testament related to the return of the Jews to the land, like Ezekiel 37 and others that are fulfilled in our times. The significance of Jerusalem is far beyond the capitals of other nations. The capital city of most countries, if not all, has little spiritual connection to its people. However, the historical and spiritual significance of Jerusalem for the people of Israel is not something of the past only, but I believe also for today and the future. We hear often that Jerusalem is important for the three monotheistic religions – Judaism, Christianity and Islam. Since the Six Day War in 1967, when Jerusalem was reunited, adherents from all three religions, have had the freedom to pray in the holy city. Despite the challenges, the reality is that Jews, Christians, and Muslims have the freedom to worship, something that is not the case in other parts of the Middle East of today. About two years ago, while teaching at the Israel College of Bible, one of my Arab Israeli students told me: “David, do you realize that Israel is the only country in the Middle East that a Muslim can come to faith in Jesus, and not be harassed, persecuted or even killed by his family or government?” This was eye opening for me to consider!

I believe that the very existence of Israel is important for the cause of the Gospel and the church. We as Jews have no favor when it comes to salvation. Jesus is the Way, the Truth and the Life – no one comes to the Father but through Him (John 14:6). As Jewish people, we have no merit when it comes to salvation, because salvation is through Christ Alone, and it is certainly not related to our land or capital city. And yet, it has been since the modern state of Israel was born, and especially in the past two decades, that the church among the Jewish people has begun to grow. It is now that the Jewish people are once again hearing the message of the Gospel, in the very place that it was heralded by the Jewish Messiah, who atoned for sins of the world at Golgotha, Jerusalem. The church in Israel is flourishing and Jews from all walks of society are coming to faith. The church at large is now starting to hear the call that the Jews also need to hear the Gospel. The Jewish mission that for almost two millennia was forgotten by the church, is resurfacing in mission boards around the world. The Gospel remains “to the Jew first,” and progress to this end should greatly encourage us. In Romans 11, Paul shows us that there is yet a spiritual future for the people of Israel, with the climax that “all Israel shall be saved”. As a believer in Jesus praying and laboring for the Gospel to be proclaimed in this land, the connection that I have and can make as a Jew to Jerusalem is helpful and significant.

There are many speculations about the timing of Trump’s declaration. Some say the investigation of Russia’s election meddling was a motive, or that Evangelicals pressured him. But President Trump’s own words were: “My announcement today marks the beginning of a new approach to conflict between Israel and the Palestinians… After more than two decades of waivers, we are no closer to a lasting peace agreement between Israel and the Palestinians.  It would be folly to assume that repeating the exact same formula would now produce a different or better result. Therefore, I have determined that it is time to officially recognize Jerusalem as the capital of Israel.” As hard as it may be for some to take the President’s words at face value, there is certainly truth to this sentiment.

Some in the Israeli media have pointed out this past week the irony that many of the world leaders who quickly censured the US statement on Jerusalem, shortly afterward chose to wish Jewish people around the world a Happy Hanukkah. Hanukkah is Hebrew for “dedication” and refers to the time when the temple in Jerusalem (in what today is referred to by the media as East Jerusalem) was restored to the Jewish people. It had to be cleansed, since Antiochus Epiphanes had desecrated it by setting up a false system of worship in that place. Hanukkah is even mentioned in John’s Gospel (10:22-39). On just one of the eight days of Hanukkah, Jesus affirmed that He was the Messiah, that His sheep know His voice, and that He and the Father are one—all from Solomon’s Portico, in the old city of Jerusalem. The Jewish connection, the Messianic connection, and the redemptive connection of Jerusalem have always been intertwined.

Whatever position we have taken towards Trump’s declaration, let us unite together in praying for the peace of Jerusalem, and for both the Israelis and Palestinians who live there. Knowing that true peace can come only through the Prince of Peace who said, “O Jerusalem, Jerusalem, the city that kills the prophets and stones those who are sent to it! How often would I have gathered your children together as a hen gathers her brood under her wings, and you were not willing! Behold, your house is forsaken. And I tell you, you will not see me until you say, ‘Blessed is he who comes in the name of the Lord!'” (Lk. 13:34 – 35 ESV).

Encouragement to Pray for the Conversion of the Jews
December 23, 2016